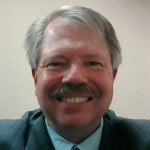 Bob Mabry has been practicing law for 29 years. Currently his practice emphasizes civil appellate law, criminal appellate law, and criminal trial law. Bob's family owned property in Montgomery County for 49 years. He's lived in Montgomery County for the last nine years. Bob's trials were in Conroe for two years before he moved to Conroe.
He was an assistant district attorney in Bay City, Texas. He was chief of the section for appeals and sexually-violent-predator civil commitment at State Counsel for Offenders in Huntsville, Texas. He did trials and appeals himself. The trials were in Conroe. And he taught younger lawyers to do them. The rest of his career he was in the private practice of law in metropolitan Houston. Bob taught Continuing Legal Education on Avoiding Ineffective Assistance of Counsel at the Matagorda County/Wharton County Criminal Appointments Training in 2016. He has been on the board of the Montgomery County Criminal Defense Lawyers' Association.

Bob was born in Houston. He grew up in Deer Park in Harris County, Texas, Bob went to Austin College in Sherman, Texas. He studied philosophy there. After that he took military training. Then he sold books in Dallas. For the next five years, Bob taught at St. Thomas High School in Houston. His subjects were English and history. He was the speech and drama coach. In 1990, he graduated from South Texas College of Law in Houston. He was the best student in his section of Civil Procedure I. He earned the right to be on the staff of the South Texas Law Review. He worked his way through law school as a clerk for George W. Wilhite and Associates PC.

In 2012 he wrote for the Texas Bar Journal about internet weblinks. Twice in 2017 a blog post of his was chosen as one of the Ten Best Blog Posts of the Week by the State Bar of Texas.

Bob has been a guest lecturer at Austin College and at the University of Houston Downtown College. Bob trained of paralegals at Concorde Career Academy and Texas School of Business.Bob Mabry has been practicing law for 29 years. His practice emphasizes civil appellate law, criminal appellate law, and criminal law