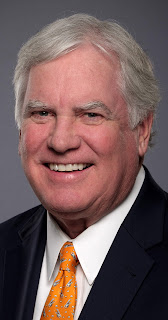 Water seeps up through dialysis clinic's floor. Clinic's repair attempts stop helping. Clinic terminates lease early, moves, and leaves some rent unpaid. Clinic sues the landlord for breach of contract, breach of the implied warranty of suitability for use as a clinic, for a declaratory judgment that a casualty occurred in relation to the lease, that the landlord didn't fix it, and that the clinic had the right to terminate the lease. The landlord put forth affirmative defenses including waiver and prior material breach and counterclaimed for negligence and breach of contract. The clinic asserted its own affirmative defenses to the counterclaims.

The jury found that neither party had complied with the lease, that the landlord had breached first, and that the landlord had breached the implied warranty of suitability. Though the clinic had originally sought money, it did not ask the jury for a money verdict and so didn't get one. The trial judge ruled that the clinic had the right to terminate the lease.
The lease provided that in case of a lawsuit that the prevailing party would get reasonable and necessary attorneys' fees from the non-prevailing party. The clinic's lawyer testified that he had 20 years of litigation experience, that his standard rate was $450 per hour, that he had handled cases similar to this before, that a reasonable and necessary number of hours for a case like this would be between 750 and 1,000 hours, which made for a fee between 300 and 400 thousand dollars, but that this particular case cost more. More like $800,000, because his side had to search through “millions” of emails and review “hundred of thousands” of documents during discovery, that more than 40 depositions were taken, and that there had been a 40-page motion for summary judgment. He said his opinion was based on the amount at issue, the case's complexity, and his knowledge and experience. The clinic got $800,000 for attorneys' fees at trial and additional conditional awards on appeal.

The landlord appealed. The Dallas court of appeals held that the landlord had waived error as to the trial court's allowance of termination of the lease.

In a unanimous opinion written by Justice Paul W. Green, the Supreme Court of Texas ruled that although the landlord had properly objected to allowing the lease termination, on the merits, termination of a lease was allowable in a case like this. It also ruled that although the clinic might not have been the prevailing party as a plaintiff in the case, because it didn't get any damages from its claim as a plaintiff under the lease– it got no money, it was prevailing party as a defendant against the landlord's claims. However, the Supremes reversed and remanded the attorneys' fee award on the ground that the testimony in the case was insufficient. It was similar to the lodestar method of determining the attorneys' fees in the case but was not detailed enough to meet that method.
Hat tip to Houston civil appellate attorney Scott Rothenberg.