Badass Brett Busby Comes to the Supreme Court of Texas 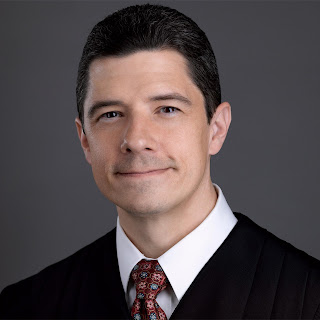 Governor Greg Abbott appointed Houston Fourteenth Court of Appeals Justice Brett Busby in February 2019, and Busby was confirmed by the Texas Senate in March 2019. He had about six years of experience on the Houston bench. He is presently the Chair of the State Bar of Texas Appellate Section and was formerly an adjunct professor at the University of Texas Law School, where he taught the U.S. Supreme Court Litigation Clinic.

Justice Busby clerked at the U.S. Supreme Court for Justice John Paul Stevens and also for retired Justice Byron R. White. He argued one case and briefed many others before the U.S. Supremes. He also handled dozens of  Supreme Court of Texas appeals and the federal and Texas appellate courts while in private practice. He is Board Certified in Civil Appellate Law. He also clerked for Judge Gerald Bard Tjoflat of U.S. Court of Appeals for the Eleventh Circuit.

He has chaired the Texas Access to Justice Commission’s Rules and Legislation Committee and also served on the Texas Supreme Court Advisory Committee. He also has been Chair of the State Bar Committee on Pattern Jury Charges for the Business, Consumer, Insurance, and Employment Volume. He is an elected member of the American Law Institute and writes and speaks frequently at continuing legal education conferences.

A life-long violinist, he is a member of the Houston Symphony Board. He is chair of its Artistic Affairs Committee and he previously chaired the Music Director Selection Committee. He plays in the first violin section of the Houston Civic Symphony and has served on the boards of the Post Oak School and the Foundation for Jones Hall.

Justice Busby is married. His wife is named Erin. He met her while clerking at the U.S. Supreme Court. They have two children.